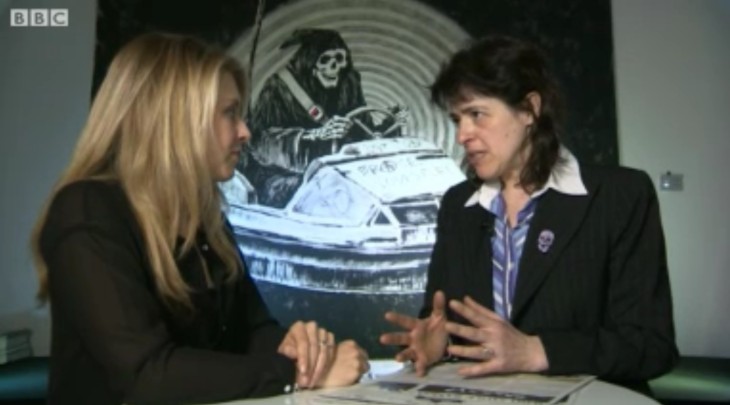 Street murals by graffiti artist Banksy, which have been taken off buildings, have been put on show at an exhibition in London.

The Stealing Banksy exhibition has been put on by the Sincura Group, who will then auction the artworks on Sunday.

BBC London’s Wendy Hurrell went along to the show, where she spoke to Will Ellsworth-Jones, author of The Man Behind The Wall; London graffiti blogger Joe, and art critic Estelle Lovatt who all raised concerns about the exhibition.

Previously, Tony Baxter, the director of the Sincura Group, explained where the profits of the artworks go to.